Greetings food fans! So where are we here. February. Ah, an even better month now with this Family Day. And our community is much better off now with the addition of Bernie’s Bureks and Restaurant. If you haven’t done so yet, I highly recommend that you attend Bernie’s.

Bernie’s has been open just over a month now. Perhaps you’ve noticed the Bernie’s sign at the corner of Tyne and Kingsway, ground floor of the Kingsway Continental (former Jaguar’s restaurant).

Our man, Bernie, is actually a woman, aka Erika Marinovic. She is bringing to our community’s culinary tableau all the best from the Balkan region of southeastern Europe that includes your former Yugoslavia, from where Erika hails. Here, in the Balkan region, according to Wikipedia, we find our Albanians, Bulgarians, Bosniaks, Croats, Gorani, Greeks, Macedonians, Montenegrins, Serbs, Slovenes, Romanians, Armenians and Turks.

You can have them on location in restaurant or take them with you fresh or frozen. People will buy several pies to cook at home as they want them.

Bernie’s bureks are becoming famous across the country, something Erika attributes largely to the European truck drivers, who load up on bureks for the road, spreading the word about Bernie’s across Canada and down through the United States.

Today, my friends, I want to inform you about another of Bernie’s specialties, their humbly named hamburger with mayo, pepper spread, onions, lettuce and tomatoes ($9.75). There is apparently a half pound of beef that goes into this burger, so much that it requires a specially made bun (which was nicely toasted and delicious, by the way). Served with a delicious coleslaw, the burger was huge and delicious. On my patented Gourmet/Gourmand Scale of Goodness (taste x size divided by price), we derive a very high number indeed. I urge one and all to flock to Bernie’s to taste for yourself.

My accomplice enjoyed a slice of burek and soup of the day ($8.95). The burek of course, with the homemade crust, was the likely the best in Canada, and the homemade soup is the real rib-sticking deal for which Bernie’s is renowned.

So go to Bernie’s my friends. It’s a nice place. You can see them making the handmade filo; you can meet the lovely Erika, and have yourself a delicious, affordable and filling meal.

This issue of the RCC News is full of the many wonderful people, events and programs happening in our neighbourhood! 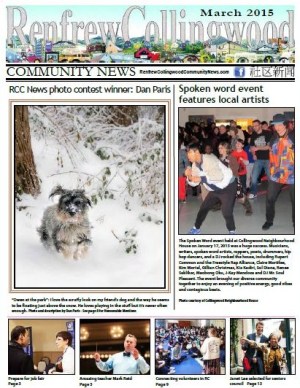 Get your March 2015 issue of the RCC News at your local coffee shop, grocery store, library and community centre.

The deadline for the April 2015 issue is March 10. You are welcome to submit a story from 300 to 400 words, with high resolution photos in a jpg at least 1 MB file size. 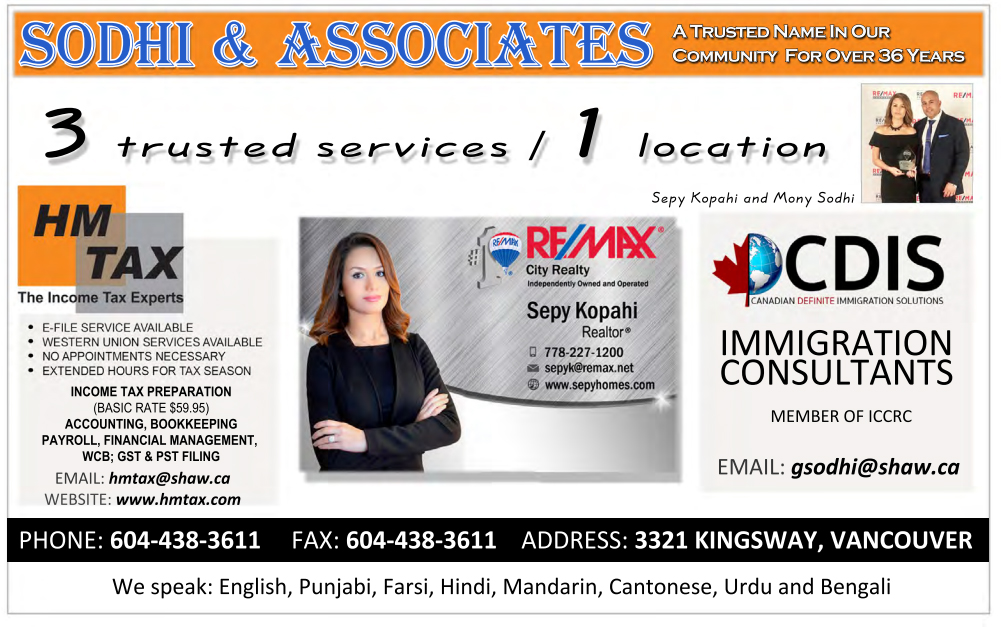 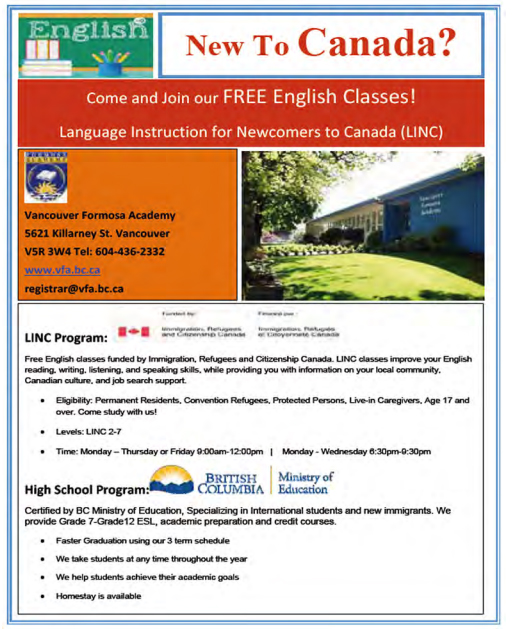