Gladstone high school students are prepping to once again represent their school, community and  country at the VEX Robotics World Championship held in Anaheim, California, April 17 to 22, reports Serinda Kong. Serinda is a grade 11 robotics student on Team 2K, which qualified for the championship in spectacular fashion.

At the World Championship, the students will compete with the best of the best in the United States. They will gain valuable experience and hope to follow the two Gladstone teams that won first and second prize at the championship last year. Gladstone has 20 teams made up of 100 students from grade 9 to 12. Robotics is also part of the applied skills rotation for grade 8s.

Students have worked extremely hard to qualify for this competition, notes parent Helen Xu, proud mom of Howard Lin, who is on Gladstone’s Team 2M.

To qualify, the 20 teams from Gladstone entered the Pacific Youth Robotics Society’s British Columbia VEX Championship at the BC Institute of Technology on March 8th and 9th.

“Team 2Z formed the winning alliance that qualified another spot for Gladstone at the world championship. In total five out of the eight teams from BC that qualified are from Gladstone,” says Serinda. “Teams 2M and 2K also took two qualifying spots by claiming the Excellence Award and Design Award, respectively.”

Teachers have contributed lots of their personal time to help the students, in particular, Todd Ablett. “Without his hard work and unconditional dedication, the students wouldn’t be able to participate in or compete at such a high level,” says Helen.

“Mr. Ablett has been more than a teacher to these students, he has been a great mentor, helping them grow academically and socially.”

The school and teachers have made extra efforts to support this trip but there is a substantial cost to attend the championship. “In order for our five teams to attend, each student is required to pay $1,200,” explains Serinda.

“Additionally, funding is necessary for robot parts to ensure our teams have the resources to perform their best.”

“Our purpose is to allow students, like myself, to gain experience and skills that can only be learned through a unique robotics environment,” Serinda adds. In a robotics class, students of all interests and skill levels work together toward a common goal.

“Robotics really highlights the talent and potential of all students that can one day change the world.”

If you are interested in donating to help these talented Gladstone students get to California and pursue their dream of winning the World Championship, a cheque can be sent to Gladstone Secondary School, 4105 Gladstone Street, or go to the donation link http://www.indiegogo.com/projects/bring-gladstone-robosavages-to-the-vex-championships.

Get your April 2013 issue of the RCC News at your local coffee shop, grocery story, library and community centre. 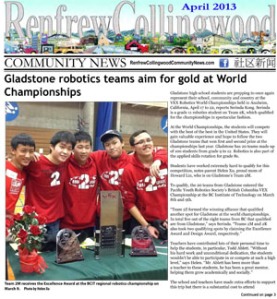 Click on the cover image to view the new issue. 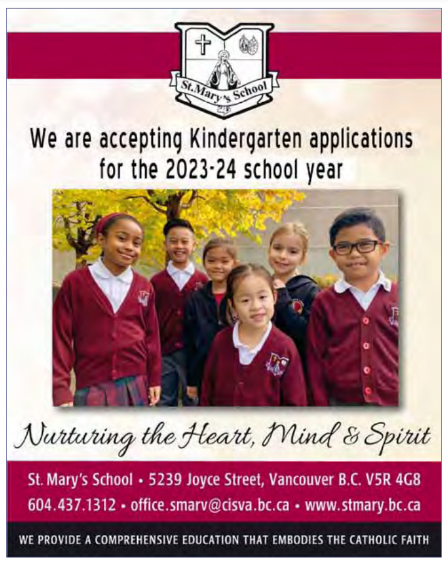 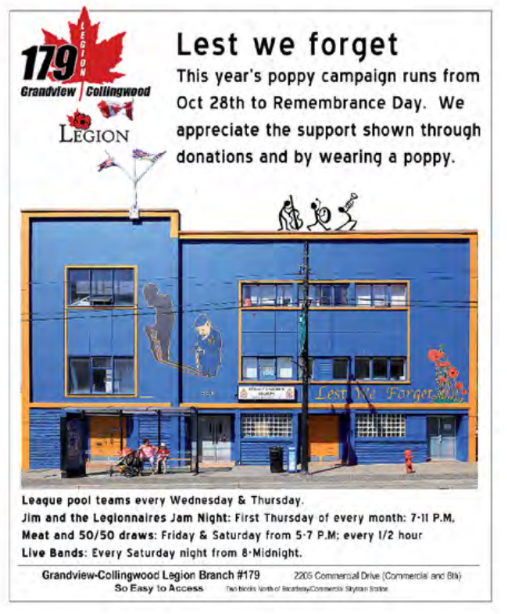